Times have not been swag at all. Not cool. Not coral. Not tubular or whatever kids say today. Between still hurting from a film fallout, being played like a violin twice by a large corporation which promised to employ me, a fresh medical diagnosis I have no idea how to control, and the illness and demise of my favourite furry creature on Earth, my heart has been filled with equal parts solitude and equal parts fear. Too unsafe to build trust in people (and above all, myself), too overwhelmed by a fog of loneliness and grief. Also, every time I go 9-to-5 job hunt I’m reminded I have failed as a freelancer and that none of my skills and experiences matter at all if they don’t generate an income. I doubt I’ll be ever be able to make it, and think that the little I’ve achieved so far has been a fluke and it’s one blow away from crumbling into ruins.

Not looking like a lebensborn supermodel grandchild with the language acumen (and accent) of Stephen Fry hasn’t helped much either.

Let’s say I cry a lot and that sometimes my biggest achievement is to make it to the end of the day alive and in one piece. I have been rather prolific with writing, going to workshops and reading in public, but it’s all a distraction to stop thinking about my dead dog and my distant family. Most of my poems have been elaborate pleas that basically say “don’t kill yourself because the system wants to destroy you and you’d be doing the job for them and that’s not punk”. Little did I suspect that there were others feeling the same way and needing to hear those words either. Yep, even skinny Caucasian belles a five-minute drive away from their extended families, who don’t have to think twice about using the right prepositions, who did their GCSEs and seem to have an impeccable reputation in the world of arts, crafts and farts.

No one has their lives sorted. We are all screaming into our pillows and we are all shitting our pants.

The other day a young family guy with quite a career in theatre was sharing an open call to a performance event. This would be right up his alley, knowing his involvement in the scene and also knowing that he is quite talented, quite privileged in a sociological tumblr way (WhiteCisHetManTeenageMutantNinjaTurtle) and that he possibly knew the people involved in the soirée series. Heck, he’d already done several things at that venue. A very, very important one, by the way. He could have easily walked into the place like three horses walk into a bar.

Yet he commented he was too insecure to present his project. It was about something he was very passionate about, something that fitted with that session’s theme. But he didn’t feel good enough.

Every time I submit material to perform, the dance before daring to do it is pretty much like that one scene from Fight Club. Fighting against oneself, pulling one hand away from the keyboard and being slammed to the floor by invisible forces. And this person who organises other projects was feeling the same inverse impulse, the same invisible forces, telling him not to share his work.

Earlier on Wednesday, I went to a networking meeting. Yes, I still go to networking meetings albeit feeling like a complete imposter. The trick is that they don’t know you’re fake. Now they know. Oops! Either way, a friend and colleague came around for the first time in months. It happens that she was dealing with grief and disenchantment as well and she had barely got the strength to leave the house. She felt like she wasted many perfect opportunities and she had to start from scratch.

She’s an illustrator and designer who could easily, easily, work for Disney and make a fortune in America. Or even here in Britain. She could animate the most endearing Christmas advert with her eyes closed, I bet. Yet again, that bloody fear took over and wrapped her like a smelly blanket. Or like a snake, gangrening your limbs until you can’t hold a pen. The fear doesn’t attack the talentless — in their case, mind you. Or at least it doesn’t attack people with nothing to say.

To avoid being home alone, I go to coffee shops and faff about on the laptop. Other young people go there and have talks with their friends and loved ones. 80 percent of the time I overhear them, they complain about unemployment or underemployment. About, again, the fear of doing things. They are also stricken with self-doubt and remorse. Comparing themselves to others who seem to have it better. Others who might in turn compare themselves to others. Or maybe to these same people who were comparing themselves to them. And I compare myself to all these people. And probably you do as well.

Bigger people go through these feelings and fall on these patches. My husband keeps telling me about Jonny Wilkinson (British Frenchman of the Year, Saviour of the Rugby) fearing that someday someone would “realise” he’s “a bit of a fraud“. The same with Gary Lineker, but I can’t find the source because I’m shit like that.

Even Maya Angelou was shitting her pants:

I don’t know where I’m getting with this ramble. All I can say is that if you feel like this, you are not alone. People of all physical and reputational sizes go through this. Specially at this day and age, stability is an illusion and the key to being able to do something is doing something. Even if that something is just staying alive.

And if you feel like a fraud and like no one believes in you, always remember this tiny potato:

4 thoughts on “The World Imposter Club” 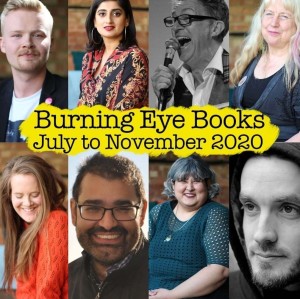