It’s my birthday today. 34 years old now, and we’re mostly celebrating indoors watching television and cuddling the cat. Coincidentally, I got another present: my interview on Gem Kennedy’s Queers & Co. podcast is out now. For a bit more than half an hour, I talk to Gem about Anglophilia and soft power, racism in […]

I’m in my hometown Monterrey for a couple of weeks taking care of family business; and while I’ve been mostly visiting relatives and arranging serious stuff, I’ve also had the chance to touch base with local happenings in matters of art and expression. Thus, I was thankful to attend the second edition of Drink and Draw […] 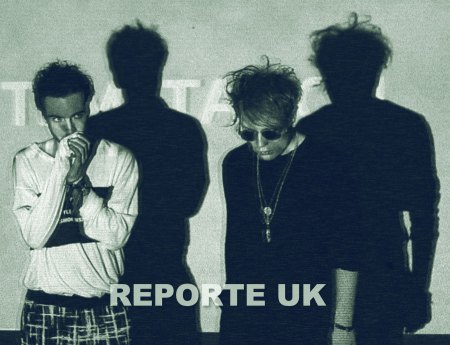 As you may know, I collaborate for La Pop Life, a Mexican website on popular music and everything about it. They have weekly sections or “international reports” where different people in different countries share their latest findings and events. My turn with Reporte UK is once a fortnight, and I share the space with the magnificent Samuel Valdés from Sloucher. [Click on title to read more…]

I found this William Trevor Pocket Penguin at a charity shop in Leicester City Centre. [Click on title to read more…]

During the last days of 2013, Gary Korisko from Reboot Authentic released a time sensitive contest to all his mailing list. He had a few e-copies of The In-Between by Jeff Goins to give away. The In-Between was one of the most viral works of non-fiction that year. It seemed uplifting and motivational, but without the whole do-this-now, steroid-ridden, Tony Robbins hypocrite buggery you tend to see in motivational works. In fact, it proposed the exactly opposite: do nothing. If you’re waiting for something to happen and that resolution is out of your jurisdiction, don’t do anything about it. Get distracted with something else in the meantime. By the time that special thing comes, you’ll be pleasantly surprised; but if you look back to the ways you enjoyed yourself until your next big move, you’ll be proud to notice you weren’t a princess locked in a castle exclusively daydreaming about knights in shining armour. [Click on title to read more…]